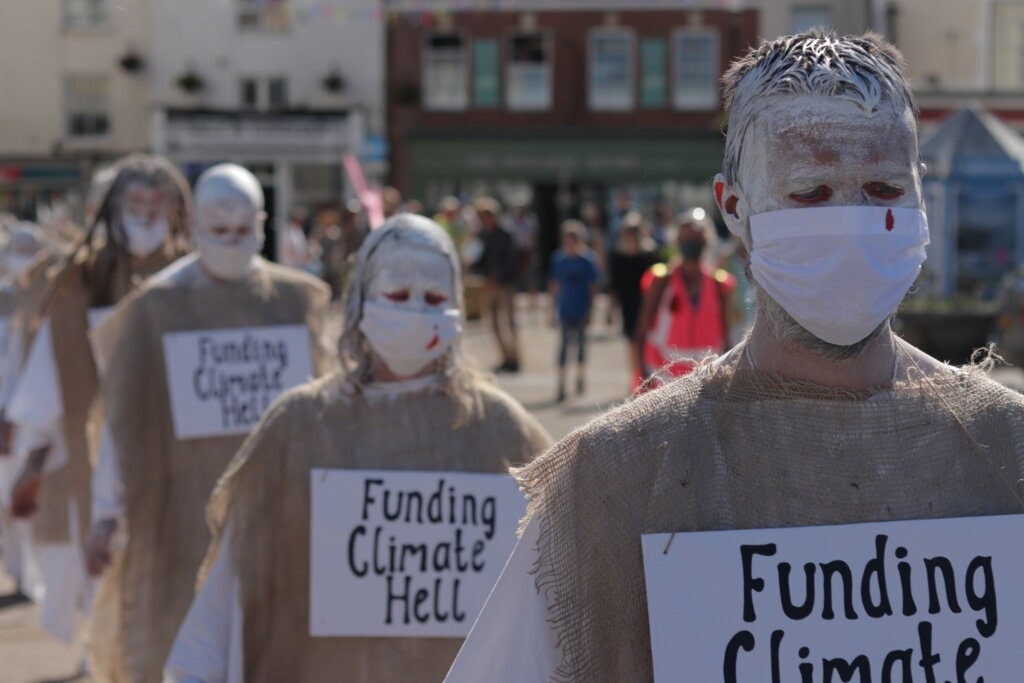 When you think about an Extinction Rebellion (XR) activist, you probably don’t think of someone like me, writes Amanda Cole. A 68 year old grandmother, with a 44 year history of NHS work in a responsible and respected position. But I attended the protests at the recent G7 meeting in St Ives and joined hundreds of other people rebelling against the failure of governments to act on the dual climate and ecological emergencies.

A sixth mass extinction of wildlife is already underway. Studies show a 60% decline in wildlife populations since 1980, while the world’s natural ecosystems have lost about half their area, all largely due to human action. Climate change is already affecting our weather, bringing more frequent floods and heatwaves. If we don’t allow ecosystems to recover and expand, as well as massively reduce our carbon emissions, it will all get worse. Other parts of the world with more vulnerable communities are suffering these effects more acutely than Britain is right now.

Attending the XR events at the G7, a meeting of the Group of Seven richest nations, was a great experience in many ways. The protests were creative, inspiring, sometimes sombre, and sometimes fun. There was lots of media coverage; it was great to engage with the public and the police. The reception in my experience was pretty much 100% friendly. There was one woman muttering at a bus stop, but I didn’t catch what she said. There were no Rebel arrests. But of course we were securely separated from the official goings-on in Carbis Bay, so I’m not sure how much we were listened to. The government resolution to pledge a £500m Blue Planet Fund for marine conservation had already been announced last year. About US$2bn is to be provided to help countries worldwide to phase out coal-fired power generation. This may not even be new money. The summit failed to set us up for a successful COP26, the UN climate talks to be held in Glasgow in November, as trust is sorely lacking between rich and developing countries. Overall, these outcomes were more than disappointing.

So yes, you are right; I am not a typical Rebel. Extinction Rebellion members do come from a particular demographic in the main. But with the richest nations in the world failing to provide leadership and finance to tackle the climate crisis, it falls to each and every one of us to make the changes we feel able to make.

People sometimes think individuals cannot make a difference, but that is wrong. Look at how the British public responded to the challenges the pandemic brought. We were far more responsive and able to change than the government, and even the scientists predicted. And there is some evidence that if you feel good about making a little change, you will go on to make another. What is vital is to choose something you want to do, and are able to do. I would never ask my beef farmer friend to give up meat or suggest my friends on benefits buy expensive eco-products. But we can all start reusing plastic, sorting our recycled waste, and picking up litter, for example. We can all do something.

I was heartened at the end of the visit to St Ives to hear the speaker at the closing ceremony for the XR events say: “Some people say we’re preaching to the converted in XR. Well let’s make it our pledge before COP26 to talk to people outside this group. Ask what they think. Find out what makes them sceptical or hesitant. See if you can help.”

So that’s what I’m doing. Let’s all take some climate action today and build towards a happier and healthier future.