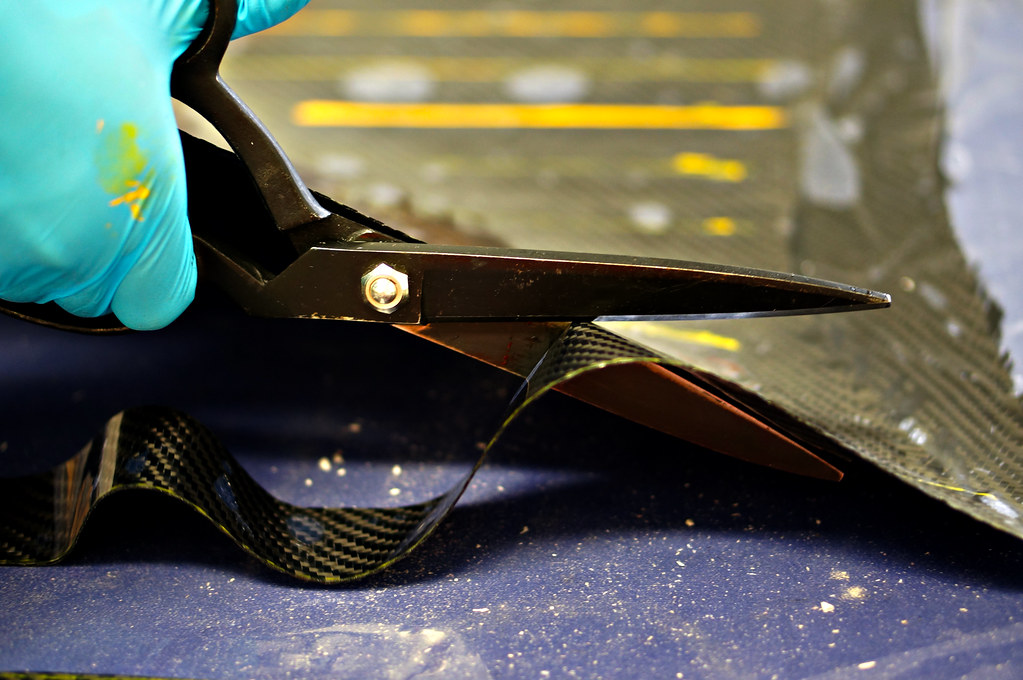 Action on Climate in Teignbridge (ACT) has started a new community-based carbon cutting project designed to promote activities within Teignbridge that can actively help people to reduce their carbon footprint.

ACT has appointed Peta Howell to coordinate this project and recruit volunteer Carbon Cutters, as well as collaborate with other climate groups in Teignbridge to create an information hub and share ideas and initiatives. Existing climate groups have already shown interest in the project, and local people have also been in touch with lots of imaginative carbon-cutting plans.

Peta says, “I hope to forge good relationships with existing community groups and work alongside them to promote interesting activities that can help Teignbridge get a step closer to being carbon neutral. I see this as a unique opportunity for us all to learn from each other, create a hub of information and events, and collaborate on some exciting projects. I am also keen to hear about existing initiatives and to help promote them in whatever way I can.”

Peta is also keen to recruit enthusiastic, creative and self-motivated community-based volunteers to become ‘Carbon Cutters’, who aim to inspire and empower their local communities to reduce their carbon footprint through a variety of interesting projects.

“You don’t need any special experience to cut it as a Carbon Cutter,” says Peta. “You just need a passion for the planet, an interest in community collaboration and enthusiasm for cutting carbon emissions.”

Possible carbon-cutting projects include helping people to reduce their fuel bills, organising a tool and gadget bank or share scheme, planning a clothes swap or setting up a community larder. The possibilities are endless, and ACT is excited to get started on engaging with others on their thoughts and ideas, and working together to bring their ideas to fruition.

The project has been made possible thanks to Teignbridge District Councillors Alison Foden, Colin Parker and Andrew Swain, with support from Newton Abbot Town Council, which has worked hard to secure funding for the next six months.

If you are interested in becoming a Carbon Cutter, please get in touch with Peta by emailing her at peta@actionclimateteignbridge.org 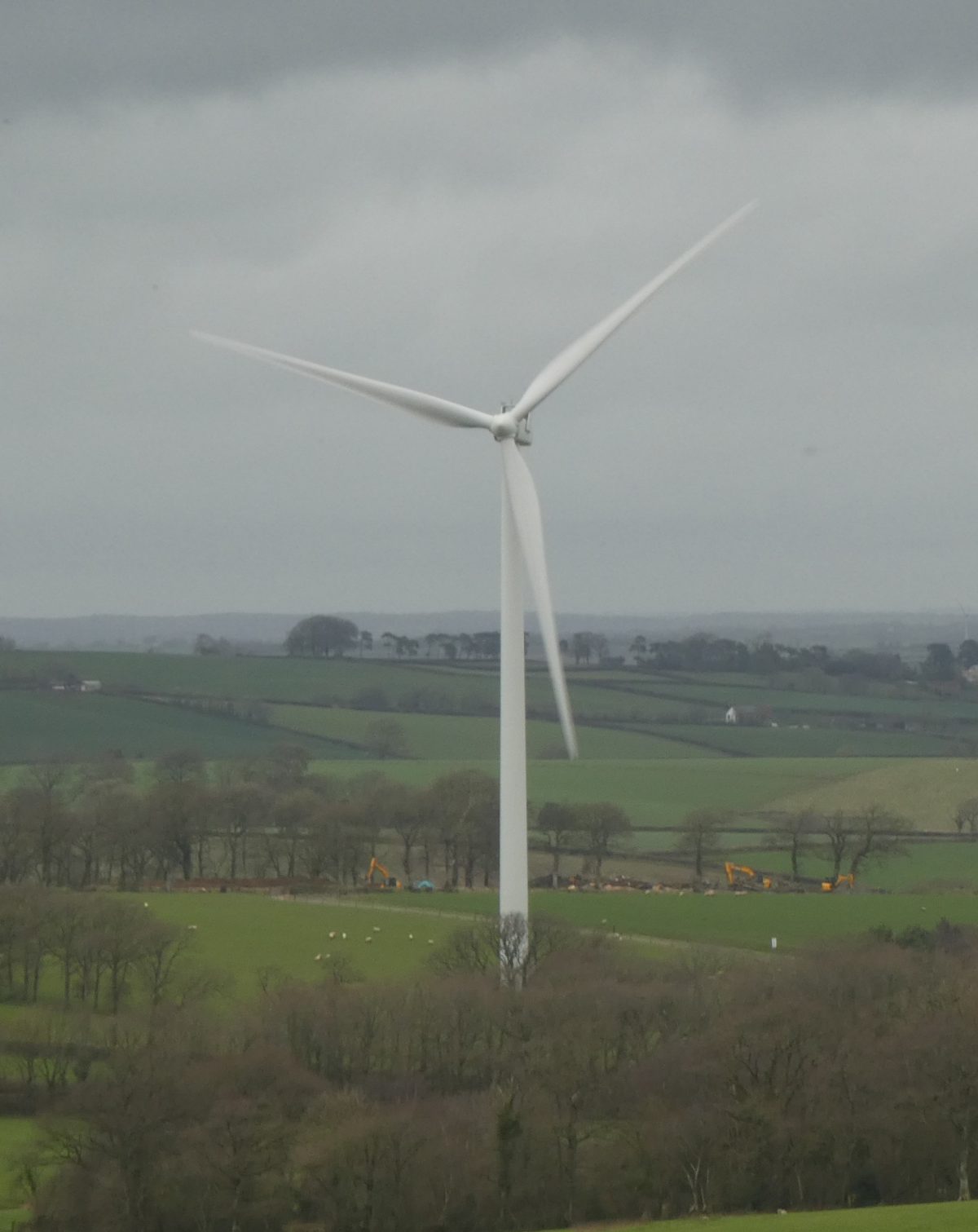 The jolting rise in the price of energy should help focus minds on the urgent need to speed up the transition to renewable energy sources. We need to make that switch to reduce greenhouse gas emissions, but it would be good if it also helped reduce and stabilise energy prices.

That’s not guaranteed under the current pricing system for electricity, where the price we pay is mostly set by the market price of fossil fuels, even though these only generate around 40% of the energy we use each year. Renewables are now the cheapest source of energy and supply more than 40% of the UK’s annual electricity consumption. But some gas generation is needed most of the time. So electricity prices are still tied to oil and gas prices. That’s why they are currently so high, and set to rise further.

It looks like we need more renewable generation and a new pricing system, especially as electricity consumption is set to rise significantly as we seek to decarbonise our heating and transport. The government’s target is for the electricity supply to be net zero by 2035. This can only be achieved by a major increase in renewables and nuclear power, along with a big reduction in the energy we use. We need to cut out unnecessary consumption and retrofit our housing stock.

Onshore wind turbines and large solar farms are the cheapest ways of creating energy, green or otherwise. Wind has the advantage, though, of using far less land than solar and is more efficient. It also has the lowest ‘embodied energy’ per unit of energy generated– the energy required during manufacture– of any form of energy production.

The first wind farm in the UK was opened at Delabole in Cornwall in 1991. Between 2009 and 2020 wind energy in the UK grew by 715%, but most of that generation is onshore in Scotland and offshore, mainly along the east coast of England. Onshore wind was effectively blocked in 2015 when the government banned public subsidies for onshore wind farms. The ban was dropped in 2020, but there are still tough planning requirements.

The history of wind energy means existing sources are a long way from Teignbridge, involving electricity transmission losses. You may have noticed it can be pretty windy in Devon. Indeed, the South West is second only to western Scotland as the most exposed part of the UK. We should make the most of our natural advantages!

Teignbridge District Council agrees and recently consulted on potential sites for wind turbines in the district. Action on Climate in Teignbridge put in a response to the consultation supporting the creation of onshore wind sites, provided they minimise adverse effects on the environment. Badly designed wind farms can damage bird and bat populations in particular.

They can also be unpopular with residents. That’s partly why there was an effective ban for several years – wind turbines were regarded by some as a blight on the landscape, and noisy as well. On the noise front, wind turbines are now remarkably quiet. For planning purposes, noise from turbines must be shown not to add to the constant background noise levels for no further work to be required.

There is not much to be done about the visual impact of most wind turbines. Like electricity pylons, roads and housing developments, they are man made structures in the natural environment.

It seems we are more likely to accept new structures that are familiar to us, like roads and housing. This is despite them having a greater detrimental impact than wind turbines both visually and ecologically, not to mention their high greenhouse gas emissions. Roads and housing are also more likely to persist for a lot longer than wind turbines, if eventually we are able to generate our energy from other low carbon technologies. We could also limit wind turbine deployment if we become more careful about how much energy we consume and distribute energy better.

But even if we build wind farms wherever we can in Devon, taking into account factors such as whether there is enough wind, the proximity to the grid and protected nature areas, less than 2% of the county’s total land area would be occupied by wind turbines. That compares to 5% of land in Teignbridge that has been built on. That doesn’t sound too bad for a technology that will help meet our carbon emission reduction targets and potentially be a source of cheap energy.

Following Part 1 of the enquiry this part questioned witnesses on how environmental sustainability could be incorporated better into the economic measurements that guide Government policy.

The full inquiry of over an hour can be viewed on parliamentlive.tv however we have separated out the following clips covering the discussions around the use of GDP and how it does, or doesn’t, represent a valid measure of prosperity and how other measures should now be regarded as more fit for purpose in the 21st century. The witnesses in this session were as follows:

Clip 1 (15 mins) How useful is GDP as the primary methodology and can it cope with the increasing demands of how we view prosperity in our economies?

ML: who, as a traditional economist, accepts that GDP as a measure is flawed but believes it’s still the least worst option as a measure of prosperity. He extols the virtues of GDP and also mentions the UK’s track record in decoupling economic growth from its carbon emissions (see clip 2).

KR: who isn’t a traditional economist, puts the case for a dashboard of measures, in addition to GDP, and also introduces an element of Modern Money Theory surrounding the ability of governments, like the UK, to pay for essentials without worrying about tax revenues.

HM: GDP is not a good proxy for prosperity, it’s a 20th century metric not fit for the 21st century as it tells us nothing about distribution (of income), sustainability, inequality and environmental degradation. She talks about speaking to people in regions over what’s important to them for their prosperity.

Clip 2 (17 mins) Are policy makers trying to have their cake & eat it, when they argue that it’s possible to tackle the climate & nature crisis whilst continuing with economic growth?

KR: Yes they are. She dismisses stories of “Green Growth” and points out that there’s little evidence that we can decouple carbon emissions and our material footprint from economic growth at anything like the speed or scale needed. She goes on to dispute ML’s earlier opinion on the UK’s record on  decoupling and how our structural dependency on GDP growth will hamper our ability to deal with the climate & nature crisis.

ML: continues his support for economic growth as a solution to environmental and social problems, (as predicted by the Kuznets Curve*) but that we need to price carbon, and find ways to price other damage to the natural world, in order to bring them into the economic (GDP) equation.

HM: we need to recouple social and economic prosperity and embed it into environmental prosperity and that market solutions alone can not achieve this. We also need to reshape and create new markets dependent on regions.

KR: As a follow on to HM, the Doughnut Economics model is being used in cities, regions and local governments around the world, in the way that HM describes.

Clip 3 (5 mins) A question to KR – how could policy makers reduce the dependencies on growth built into our economic systems?