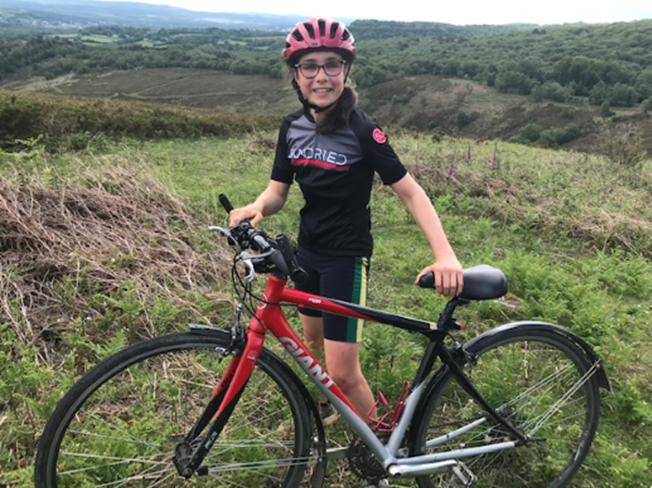 Newton Abbot resident Jessie Stevens is heading to Glasgow for the COP26 summit in November, and plans to pedal the whole 570 miles! She will be cycling under the banner of the People Pedal Power mission she has created. This aims to inspire people (particularly young people) to join her on her journey and deliver a message to the climate conference on the need for urgent action on green transport infrastructure, and much else.

Jessie, 16, is a climate activist determined to make the voice of youth heard at COP26. Such events have long been dominated by adults, she says, many of whom may not live to see the worst effects of the climate crisis. “The youth are rarely a part of these talks despite the impacts of climate and ecological breakdown impacting them the most.”

After looking at her travel options, Jessie found the easiest, cheapest, but most polluting way to get to Glasgow would be by car or plane. Taking the (less polluting) train looked complicated and expensive. She decided she would like to travel under her own power and resolved to cycle, and make as much noise as possible along the way.

“To me, cycling is a very community orientated mode of travel. This perfectly fitted my visions of #ride2COP26 as it gives space for many individuals to join the ride, gathering force and power,” she says.

Jessie will be supported on her trip by Adventure Syndicate, a collective of women endurance cyclists, who will accompany her on a cargo bike, carrying everything she needs.

“The cargo bike will not only provide physical support, but will also tangibly represent one of the viable solutions to developing a more sustainable transport system,” says Jessie. “After all, this journey is not just about highlighting what is wrong, but also about demonstrating solutions.”

Adventure Syndicate will also co-produce a film documenting the journey and the stories of those involved and the people Jessie meets along the way.

Jessie will set off on 20th October, covering between 50-70 miles a day, and invites people to join her for a few miles to highlight people power—both in terms of active travel and political voice.

To find out more visit: