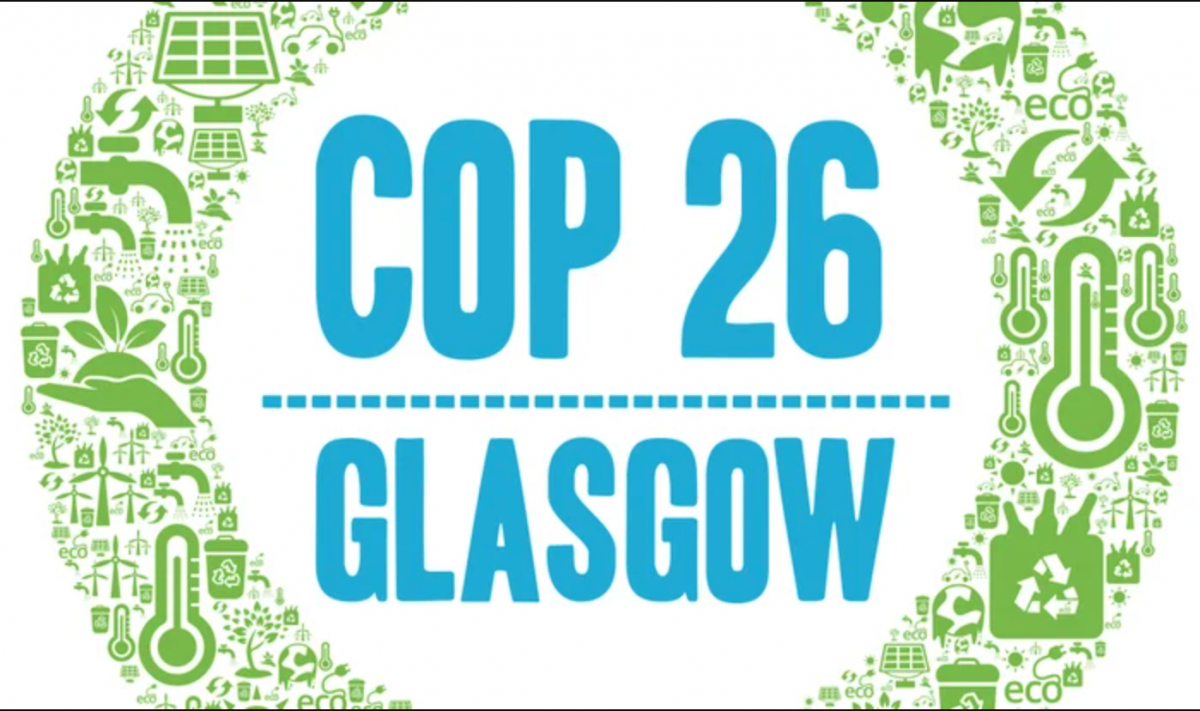 In the lead up to COP26 debates are intensifying over some key issues, some of which have rumbled on for over a decade, passing through and beyond COP21 in Paris more than five years ago.

Explored in part in our website post Know your Net Zero from your NETs and BECCS, there is growing tension between two groups. In one are those who promote the importance of doing all we can today to reduce emissions and decarbonise the economy, thus keeping us from exceeding carbon budgets. In the other are those who believe we can rely on current and future technologies to provide both cleaner and more efficient energy and remove, use or store carbon in the decades ahead.

At the heart of the latter approach is a belief that we can, and should, live our lives relatively unchanged, taking up new technology like electric cars and relying on the markets and technological innovation to provide sufficient clean energy and cope with other mitigation paths.

Those who follow the former approach, however, worry that with carbon budgets and related emission reduction pathways only giving us perhaps a 50:50 chance of keeping the temperature increase to 1.5℃, we should concentrate on reducing demand and consumption today and using technologies available today, which will not only accelerate emission reductions but will also give cleaner energy (such as wind and solar) a better chance of catching up with current demand and that from newly electrified areas such as transport. The changes in lifestyle necessary for this route are seen by some as unnecessary sacrifices and by others as common sense.

What clouds the issue is that many fossil fuel companies are promoting the technological route, raising the suspicion that they do so because it delays the inevitable demise of their industries and, in say the case of gas, prolongs its use for the production of hydrogen.

There are other related and intertwined considerations within these debates:

Equity – All official emission reduction pathways, from the Paris Agreement to the recent International Energy Agency report, call for fairness in tackling climate change. To recognise historic emissions this calls for developed countries – the “Global North” – to take a proportionately smaller cut of the remaining carbon budget than the poorer countries – the “Global South” – and also requires the Global North to reduce emissions faster than, and to provide support to, the Global South. It also extends to reducing the burden we place on future generations in mitigating climate change.

The few – Following the above, it’s been the case for many years that the richest 10% of the global population are responsible for perhaps 50% of global emissions and that if they reduced their emissions to say the level of the average European, global emissions would immediately drop by 30%, with everyone else doing nothing. This brings the national and global debate above to a personal level.

Triaging solutions – As technologies develop there will be several areas in which they can be used. For example, as Hydrogen production is developed there is a choice between its use in heating, transport, steel or even as energy storage, in place of batteries. Decisions will have to be made as to where the most benefit (environmental rather than economic) can be gained from its use. Similarly with biofuels,

Economic Growth – The same pathways also assume continued economic growth of typically 2-3% pa, perhaps doubling economies in the next thirty years. Whilst some countries, like the UK, have managed to achieve growth, whilst reducing emissions, this is partly as a result of a shift away from manufacturing to service industries thus, effectively, exporting their emissions to other countries. Globally therefore the graph of increasing emissions follows very closely the graph of economic growth and there remains little evidence that the two can be “decoupled” any time soon. Consequently many are now promoting ways to reduce or even reverse growth or to disregard it altogether in favour of more human and nature-based measures of Wellbeing.

Carbon financials – there are a plethora of money led incentives and penalties designed to decarbonise our economies, from carbon trading to taxation. One that is gaining favour is known as “Carbon Fee & Dividend” which imposes a tax at the point of production or import of fossil fuels which is then distributed to the population of the country consuming the fuel as a dividend on a per capita basis. The tax will add to the cost of the fuel in the consumer’s hand and so consumers who use the least will gain the most when they receive their share of the dividend and the highest users will suffer the most in a net cost.

Further reading and watching to get you in the mood:

Dr. Hugh Hunt & Professor Kevin Anderson discussing Climate Change realities at COP21 Paris (30 minute video)
An entertaining and easy to follow chat in December 2015, by a couple of scientists following the COP picking out on the key points above.

John Kerry: US climate envoy criticised for optimism on clean tech
Reaction to the interview with Andrew Marr and the quote “I’m told by scientists that 50% of the reductions we have to make (to get to near zero emissions) by 2050 or 2045 are going to come from technologies we don’t yet have.”

Climate scientists: concept of net zero is a dangerous trap
Three scientists speaking out against the increasing reliance on Net Zero.

No new oil, gas or coal development if world is to reach net zero by 2050, says world energy body
A Guardian article on the recent International Energy Agency Report on the 2050 Net Zero roadmap for the energy sector. 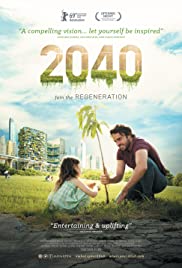 The film 2040 is a positive vision of where we could be, in twenty years time, using the best thinking and technology available today to deal with the causes and effects of the climate and nature crises.

We are hosting the film for viewing at any time between 7 pm Friday 2 October and 11:59 pm Sunday 4 October. It’s about 90 minutes long so, on Sunday, make sure you start watching by 10:20 pm.

Register here on our Eventbrite page and, closer to the time, you’ll receive an email with the link to watch the film.

We’d be grateful for a donation towards the cost of hosting the film and suggest a minimum of say £3. Obviously if anyone watching the film with you wants to chip in a bit extra that would be great! Visit our donations page, to pay by Paypal, card or bank transfer, using reference 2040 Film.

Any donations in excess of the cost will go towards our general fund.

Finally, feel free to pass this on to family & friends, its positive message is something we all need at the moment.

The film 2040 does just that, it takes the best thinking and technology available today and imagines how we could use it to deal with the causes and effects of the climate and nature crises, to make life better for us and the planet.

We are planning to make the 90 minute film available to stream online during a 48 hour period and so please let us know if you are interested. The cost to us is dependent on the numbers and so we would encourage people to donate whatever they can but, as a guide, we’d anticipate around £3 per device would cover the cost.

Calling District, Town, Parish Councillors and Clerks throughout Teignbridge. You are invited to attend a forum on climate action to share knowledge and ideas. Choose a date and venue below and sign up.

Are you worried about declaring a climate emergency, wondering what the implications are for your council and community?

Are you struggling to take the next steps after making a declaration, or to formulate an action plan?

Have you made progress with your action plan that you could share with others?

Would you like to find out how other councils are developing their plans?

If any of these apply, please come along!

ACT (ACTion on Climate in Teignbridge), the voluntary group helping Teignbridge District Council tackle its carbon reduction initiative, has been in contact with like-minded groups around the country and has decided to hold a forum to share ideas and success stories.

ACT is currently putting together a comprehensive Climate Emergency Parish Pack and your experiences could contribute to it.

Speakers at the event include Phil Shears, Managing Director of Teignbridge District Council, as well as members of ACT.

The event at Coombeshead Academy last thursday was well attended.

Here is a video of some of the answers. For most questions only one of the candidate’s answers is shown, in the hustings each candidate was given equal time to answer.

And some pictures from the event.

What people said about the event

Thank you so much for coming to Climate Questions on Thursday – it was a brilliant evening. Our six Green, Labour and Lib Dem candidates for Central Devon and Newton Abbot (Mel Stride and Anne Marie Morris DIDN’T come, I’m afraid) answered lots of the questions you’d sent in – and agreed on so many Climate and Environmental issues. How about a Climate Coalition, chaps? We also celebrated ACT’s achievements over the last five months – and looked ahead at our plans! Then we enjoyed mulled wine, mulled apple juice and delicious, local, unpackaged mince pies!!!! It was a really good evening – special thanks to nearly 30 ACT members who helped on the night and made it happen.

Gordon Hook said: “I attended the Action on Climate in Teignbridge hustings at Coombeshead Academy last evening. I’m pleased I did; a good night.
An almost full theatre witnessed six of the nine candidates standing for election next Thursday in Newton Abbot and Central Devon, answer a large number of questions, which had been pre-submitted by members of the audience.”

With mulled wine and minced pies.

When you book your place, you will have the opportunity to submit a question on how they would fight climate change and help our ecosystems recover. We will choose a representative selection which our Chair will ask every candidate. If any candidates can’t attend, we will ask them to send someone to represent their views – not simply their Party manifesto’s.

We will also be celebrating ACT‘s first 5 months, in which we have been supporting the District of Teignbridge on its journey to becoming carbon neutral. After Question Time there will be mulled wine, mulled apple juice and mince pies – a good time to socialise and share views on the best ways to reach our ambitious goal! We now have around 200 members from all over the District, of which 50 are very active – but there is always room for more. We’d would love to see you there and hear your views! Please share this with any other Teignbridge Environment Groups.

Questions submitted in the forum The deadline for submission of questions is mid day on 3rd December.

Please bring your own mug – no glasses for safety reasons.

Sorry this event is now full.

Has not responded to our invitation