We examine the reasons behind the dramatic rises in electricity prices following the unprecedented rises in fossil fuel prices, and why reductions in renewable prices have had no effect. 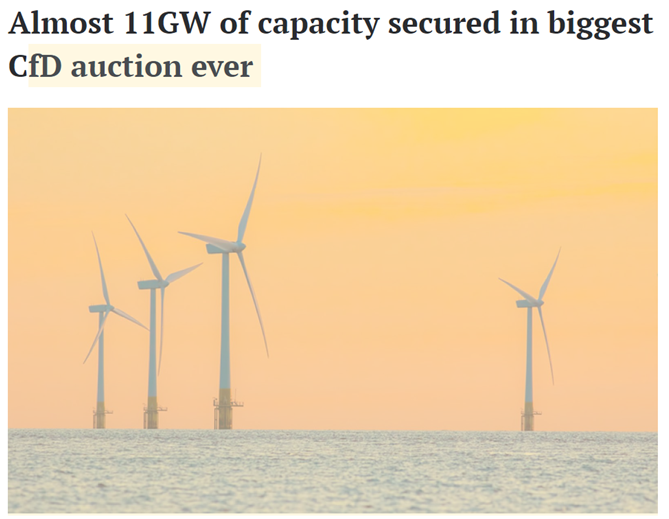 We examine the reasons behind the dramatic rises in electricity prices following the unprecedented rises in fossil fuel prices, and why reductions in renewable prices have had no effect.

Electricity retailers pay the wholesale price for electricity they sell on to retail customers. The electricity demand in any period needs to be balanced to generation. This balancing is done by a bidding process where generators bid to generate in a period. The Electricity System Operator (ESO) ranks the bids in merit order with the lowest price first, and then adds up the generation capacity until a marginal generator is found. The price paid to all successful bidders is the price paid by the marginal generator. Recently the marginal bidder has often been a gas generator.

For a more detailed explanation

Forecasts for the price cap

Domestic customers on standard variable tariffs are protected from excessive charging by a price cap, which is calculated periodically by Ofgem based on predictions of market prices for the upcoming period. In April 2022 the price cap rose sharply to 28p per unit for electricity, and in October 2022 it will rise to 52p. Consultancy Cornwall Insight predicts that the cap will rise a further 51% at the start of January to about 80p per unit, and a further 13% in April to about 90p per unit.

Historically Ofgem calculated the cap six monthly, based on forward prices wholesale price estimates. Recently wholesale prices have been volatile, and suppliers have had to pay more for electricity than was predicted. In order to avoid further supplier failures, Ofgem have introduced some changes:

These changes compensate suppliers for additional costs they have incurred and have the effect of increasing the cap more than would otherwise have been the case.

Since this post was written the government has announced an energy price guarantee, which replaces the energy cap. This means that effectively the cap on electricity prices will be 34p.

For further about this announcement are here.

Some help for businesses has also been promised.

You might have thought that the simple measure of boosting onshore renewables would have been an obvious step to shorten the period that the government had to finance this intervention. The government hasn’t done this, instead it is lifting the ban on fracking, launching a new round of oil and gas licencing, and carrying on with nuclear projects. None of these actions will make any difference in the next few years to energy prices, but they will certainly cause increased carbon emissions.

Most domestic electricity customers expect to buy electricity at a fixed price per unit, very few would accept a tariff which offered a different price for each half hour period (to the author’s knowledge there is only one such tariff). This means that electricity retailers need to find a means of fixing the price of the electricity they offer for the period of the contracts they offer, to do this they buy contracts to supply electricity at an agreed price at a future date. This practice is known as hedging. The failure of a many smaller suppliers to hedge adequately in 2021 lead to the large number of supplier failures last year.

The cost of renewables

A similar thing has not happened with Nuclear.

Why did renewables come so cheap so fast? discusses the price drop in more detail.

This rapid cost reduction for renewables has resulted in electricity from gas costs roughly 4 times as much as from renewables.

Renewables have a high initial capital cost and low running costs. Initially subsidies were required to get the market established and get the benefits of scale. There is significant future price risk if renewables were to be funded based on future receipts, the cost of capital is substantially reduced if this risk is mitigated somehow.

Early renewables were subsidised by the Renewables Obligation (RO) and Feed In Tariff (FIT), which are currently paid out of retail electricity bills. More recently renewables have been financed by Contracts for Difference (CfD), which now tend to reduce electricity prices. All domestic renewables are now privately funded. Given current prices some grid scale renewables are also being funded without subsidy.

The RO requires electricity suppliers to buy a proportion of Renewables Obligation Certificates (ROCs) from generators registered with the RO scheme. ROCs are issued by Ofgem to registered generators. There is a monthly reconciliation to ensure that suppliers have either bought enough certificates or pay a penalty known as the buy-out price.

RO closed to new generators in 2017, but will continue to operate until 2037.

Projects remain in the RO scheme for 20 years, the scheme started in 2002 and closed in 2017, so we expect to see the number of generators in the scheme falling from now on, so the number of ROCs required will also drop.

ROCs are traded in the market, and are normally sold above the buy-out price set by Ofgem. Suppliers are prepared to do this because they receive a share of the buy-out money in addition to meeting their obligation.

Feed in Tariff is paid to domestic generators and smaller grid scale generators. It is paid regardless of how the electricity generated is consumed. The rate paid depends on when the scheme was joined and is inflation linked. The last FIT installations were done in 2019, though the rate was far lower than early installations in 2011.

Electricity generated under FIT must be measured by a generation meter. In December 2021 Ofgem published rules that must be applied when FIT registered plant is replaced or modified, essentially:

This subsidy is managed by a government owned company—the Low Carbon Company.

In recent CfD auctions prices have fallen, and record amounts of renewables have been contracted.

Environmental and Social costs are often referred to as ‘Green Levies’ and currently amount to about 12% of electricity bills. The breakdown of environmental and social charges is shown on the left.

RO and FIT schemes have now both ended, so the amount of generation in the scheme won’t increase and will start to fall, but payments are linked to RPI, so the costs will increase. These are both contractual agreements.

ECO and WHD assist those in fuel poverty to improve the insulation standards of their dwellings.

Figures derived from Energy bills: getting the balance right

When a supplier fails another supplier is found to continue their supply. Other costs associated with the failure are shared between the remaining suppliers, who pass this on via electricity bills. This has resulted in a near doubling of standing charges for electricity this year. According to this article the cost of failed suppliers is estimated at more than £2.7bn.

The electricity market has grown to be very complex, this brief note doesn’t touch on many aspects of it. As with many things that have grown complex there is a temptation to think that it would be simpler to start again, if this is done it should be done with care.

BEIS has launched a consultation Review of Electricity Market Arrangements (REMA), which runs until October. This is far reaching, recognises some of the current problems, and could eventually achieve a more workable market, however, it is unlikely there would be any change from this for several years. 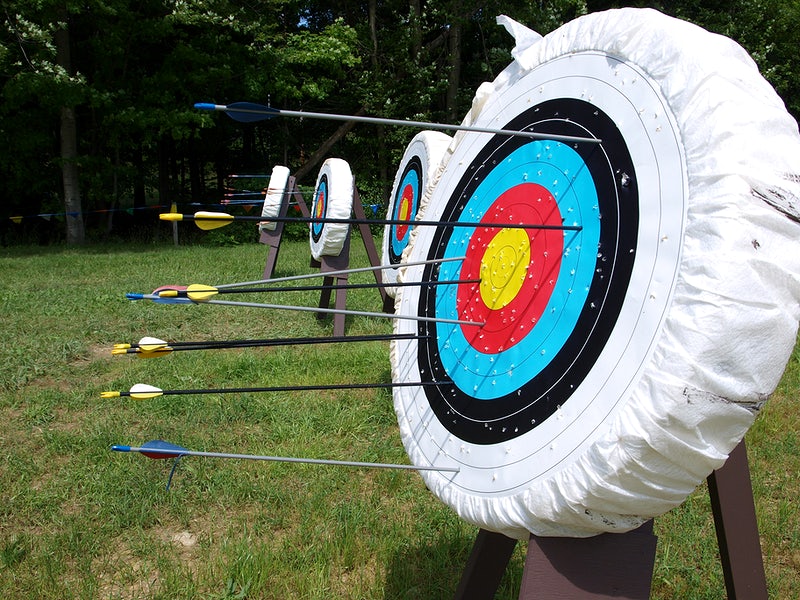 Action on Climate in Teignbridge (ACT) welcomes the long-awaited plan, believing it is an essential first step in delivering on the council’s commitment to be a carbon neutral district by 2025. It is excellent to see standards set, but ACT has concerns that the emission reduction targets included in the plan are based on outdated data and will not make the difference we need to see.

Part 1 of the plan sets out how the council expects to reduce carbon emissions in its own sphere, in things it owns, purchases, funds and supplies. Part 2 will cover the wider district, including transport, housing, businesses, land use, energy and infrastructure.

The plan includes 39 actions, four policies and 11 targets. ACT has no major problem with the actions or policies. It is primarily the targets that need further work.

Carbon emission targets are set by reference to a carbon budget. The budget sets a limit on the cumulative amount of greenhouse gases an organisation, a country or the world can emit that gives a significant chance of limiting global warming to 1.5C above pre-industrial temperatures. It is like a financial budget, where you set yourself weekly or monthly spending limits so you don’t go overdrawn.

In the case of carbon budgets, the limits are how much carbon can be emitted over a time period, to make sure we don’t trigger runaway climate change. We can’t afford the equivalent of an overdraft when it comes to the climate!

Carbon budgets have to be adjusted as the average global temperature rises and to take account of whether targeted emission reductions have been achieved. Global warming has now reached 1.2C and we are on track to reach 1.5C by the early 2030s, if not earlier. The tighter the budget, the more likely we are to limit global warming.

The Teignbridge plan states that the council aims to limit its cumulative emissions “to levels consistent with 1.5°C and well below 2.0°C of global warming”. This needs revising as, at the COP26 climate meeting held in Glasgow last year, governments agreed to make 1.5C the firm limit to aim for, due to the risks of allowing any further warming.

The basis for setting the council’s carbon budget also needs revision, as the budget calculation uses data from a 2018 study. That doesn’t sound too out of date, but there has been a significant rise in average global temperature since then. Moreover, setting targets for emission reductions based on this budget means they fall well below the UK government’s legal requirements.

ACT believes the council should use the government’s statutory carbon budget to set its targets. It would be even better if it used the Paris Agreement targets, as ACT has proposed.

There is a big difference between these various targets. The annual emission reductions required under the Paris Agreement (for a likely, or 67% chance of staying within 1.5C) are 10.4% year on year. To meet the UK’s statutory requirements (for a 50/50 chance), they are 7.9% year on year. The Teignbridge plan targets are based on a study that recommends a minimum carbon reduction of 4.2% flat rate.

The plan does have ambitions to influence the council’s suppliers with regard to scope 3 emissions, but they are not included in the targets.

Teignbridge District Council still has work to do on its Carbon Action Plan.