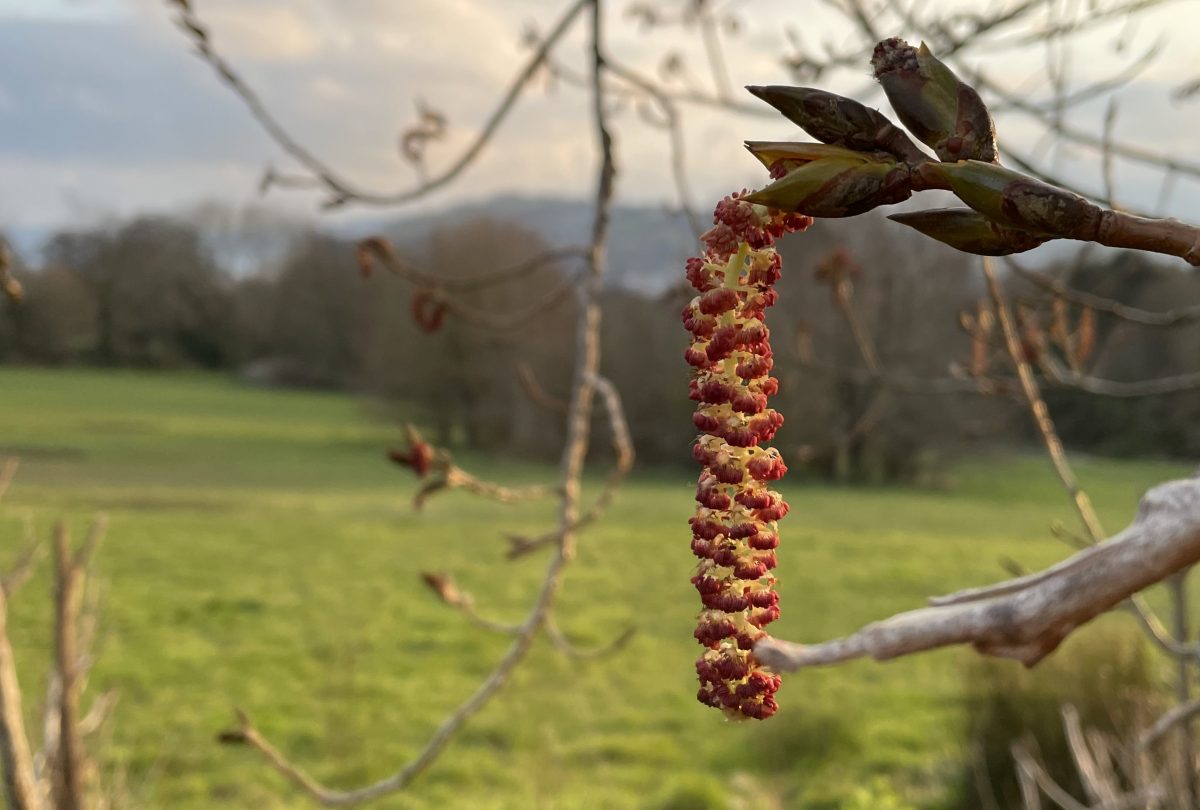 Our latest newsletter is now ready, covering; last week’s Members’ Forum – how you can help us – the benefits of visiting the websites, the mysteries of the “Net” in Net Zero – Devon CC’s Waste Management consultation and the Netflix documentary “Seaspiracy”. 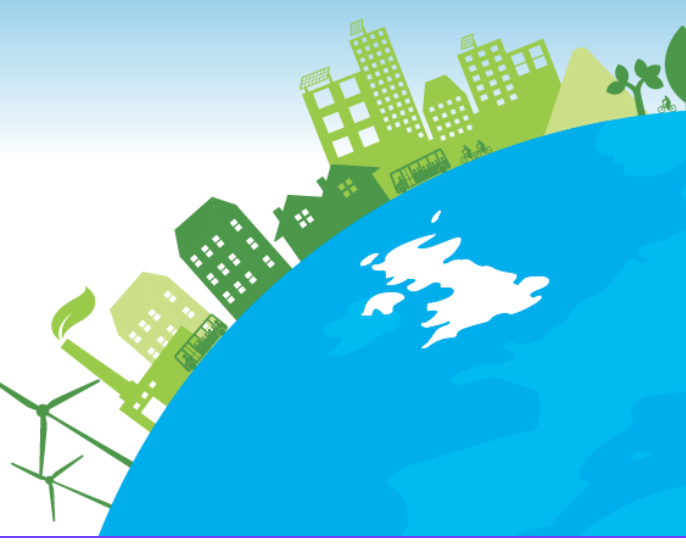 Calculations were made of the maximum amount of Carbon Dioxide (CO2) and equivalent gases, (collectively known as CO2e) that could still be emitted to have a chance of remaining within this temperature range and this “Carbon Budget” allocated fairly amongst signatories to decide how and when to restrict their own emissions.

Many scientists believe that reducing emissions to zero, as soon as possible, should be the prime target. However during negotiations in Paris, it was believed that this “Zero Carbon” policy would result in significant downturns in the economies of the richest countries and so, to reach consensus, countries were permitted to include methods to remove CO2 from the atmosphere. In other words, with a carbon budget of 1 tonne, you can emit 1.2 tonne as long as you can find a way to remove 0.2 tonne.

So when our government legislated for “Net Zero by 2050” the UK could still be emitting say 100 Mt (million tonnes) of CO2e per annum in 2050 (mainly from agriculture and aviation) and so must plan to remove at least the same amount to get to Net Zero.

Many scientists consider the Net Zero (also known as Carbon Neutral) methodology to be false accounting in that by anticipating removals, especially after 2050, we risk exceeding carbon budgets before 2050, causing spikes in temperature and irreversible climate tipping points thus making the later removals irrelevant. There is also concern that by providing false hope over the ability to remove emissions in the future, less effort will be made to reduce emissions now. The conclusion of a study by Lancaster University in 2019 was that trying to synchronise both emission reductions and removals, over thirty years, into a single Net Zero target was unrealistic and that the two routes should be approached separately, aiming for the best achievable result in each.

The calculation of fair national shares of the global carbon budget has also generated disagreement in that richer nations, like the UK, will calculate their share without recognising significant historic emissions still present in the atmosphere, leaving unfair shares for poorer nations that still need to emit to grow their economies.

Removals:
“Removals” is the generic term for removing emissions and this is also referred to as Carbon Dioxide Removals (CDR). There are many different ways in which removals can be achieved and they can be broadly categorised as either Nature-based or Engineered.

Nature has several ways to draw down carbon dioxide from the air and store it, either short or long term. The best known is in plant growth. Trees and other land or sea plants use photosynthesis to draw down CO2 from the air for growth and to pass some to the soil or seabed as carbon as they decay. The short term cycle involves the trees and plants dying and decaying, with a release of CO2 back into the atmosphere, whereas peatlands, for example, can remove and store carbon for indefinite periods and, in the past two hundred years, we have burned such long term carbon as coal, oil or gas.

The process of natural storage, in say the soil, is known as “sequestration” and where it is stored is known as a carbon “sink”.

The government and its advisors, The Climate Change Committee (CCC), are therefore anticipating extensive tree planting and peatland restoration in the next few decades with the CCC’s 2050 net zero plan forecasting an extra 39 Mt of CO2e per annum being sequestered by natural processes in 2050.

On paper and in trials, industry has started to explore engineered ways to remove CO2 and store it. This is known as “Carbon Capture & Storage” (CCS) and the various methods of doing it “Negative Emission Technologies” (NETs).

The main group of NETs are “Bio-energy with Carbon Capture & Storage” (BECCS) which involve the creation of bio-energy from organic matter (biomass) and capturing/storing the resulting CO2, usually by pumping it into exhausted gas and oil wells. BECCS was the technology agreed outside the main Paris agreement as being the economically acceptable way to meet “Net Zero” targets.

There are several BECCS technologies however the main one involves burning wood for power. The UK’s Drax power complex provides about 6% of the country’s electricity and, moving away from coal and gas, currently burns about 20,000 tons of wood pellets a day, sourced mainly from North American forests. It has started trial CCS facilities onsite capturing about 400 tonnes of CO2 per annum with plans to eventually capture and store 16 Mt per annum.

The principle behind this is that, growing, burning and capturing the CO2 from trees provides greater carbon savings than just leaving them to grow, die and decay. There are however doubts over relying upon unproven technology, the availability of sustainable sources of wood, conflicts with land for food production and the fact it takes years for new tree plantings to grow for harvesting. It is also the case that not all of the CO2 from the transporting, processing and burning of the trees, can be captured.

On the plus side the capturing and storage process itself takes energy and so the exhaust heat from the power station can provide this.

The CCC’s 2050 Net Zero plan involves engineered removals of about 58 Mt of CO2e per annum by 2050, with the various forms of BECCS providing 53 Mt and the other 5 Mt coming to scale in perhaps twenty years in the form of “Direct Air Capture & Storage” (DACCS), in which CO2 is removed from the air and stored.

Offsetting:
In simple terms offsetting is the practice in which, instead of reducing your own emissions, you pay someone else to reduce theirs. For example, you can still do this when you fly, by paying for tree planting to offset your emissions.

In the majority of cases offsetting has involved rich industries and individuals paying their poorer cousins but it has also been done on a national basis with one country investing in the NETs of another or, as indicated by the CCC, rather than struggling to reduce its own emissions, the UK might instead increase foreign aid to assist other nations to reduce theirs.

This practice may well have been an incentive in the past for industries and nations but the majority of countries have signed up to the Paris agreement and, with fair carbon budget allocations, each can look after their own, in other words it is fallacious to pay for someone to do something they were bound to do anyway and, in order to reduce emissions as fast as possible, the best approach, as set out in the Paris Agreement, is for the rich to reduce their own emissions and assist the poor to do the same.

ACT is planning its strategy over the next 6 months and could really do with some help. We are looking for a few extra people to help out for perhaps an hour or two a week with either committee or hands-on work.

You don’t have to be an expert in anything; what we need is your enthusiasm so, if you’d like to get involved, please fill in this questionnaire with some information about your interests and skills and we will get back to you. 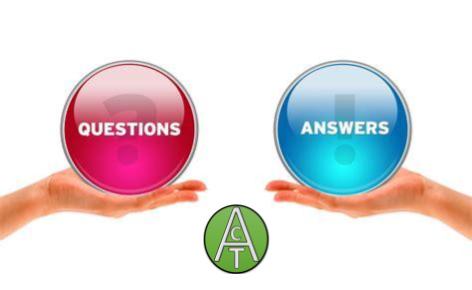 Thanks to everyone who answered the questionnaire voting on, and suggesting, questions for the event, we’ve managed to whittle down the majority of your favourites to four themed questions, but there will be the opportunity to put other questions at the event.

To book your free ticket please register on Eventbrite and then, closer to the time, you will be sent a Zoom link.

When joining the event, your audio will be muted and we would ask that you maintain that throughout the session. Also, to save bandwidth and carbon emissions, you may wish to turn off your video.

We will be recording the session.

Looking forward to welcoming you to the event.

Thanks to all wardens for the hard work you have put into the scheme during these difficult times. The scheme is constantly growing and moving in the right direction. We have created a subdomain on the ACT website for the Wildlife Warden Scheme. It is still in development, but it already contains lots of useful information:

The picture at the top is my most recent wildlife sighting – a barnacle-looking gall found on bramble. It may not be the most beautiful sighting, but I found it fascinating. I believe they were created by Diastrophus rubi, which is a small parasitoid wasp. A gall can contain up to 200 larvae, each in an individual cell.

We have been finding out a lot about seagrass (eelgrass) habitats. There are two species of seagrass (Zostera noltei and Z.marina), which provide an important habitat for a wide range of species, and help to stabilise the seabed, clean surrounding seawater and absorb vast quantities of CO2.

Unfortunately, seagrass is critically endangered. It is threatened by high nutrient levels (mainly from fertilisers and animal waste), damage from anchors and propellers, disease, and destructive fishing practices. There is anecdotal evidence that seagrass probably existed in the Teign Estuary prior to the 1990s, but it is no longer present. Seagrass in the Exe Estuary has expanded in recent years and can be found near Dawlish Warren, Exmouth and Lympstone.